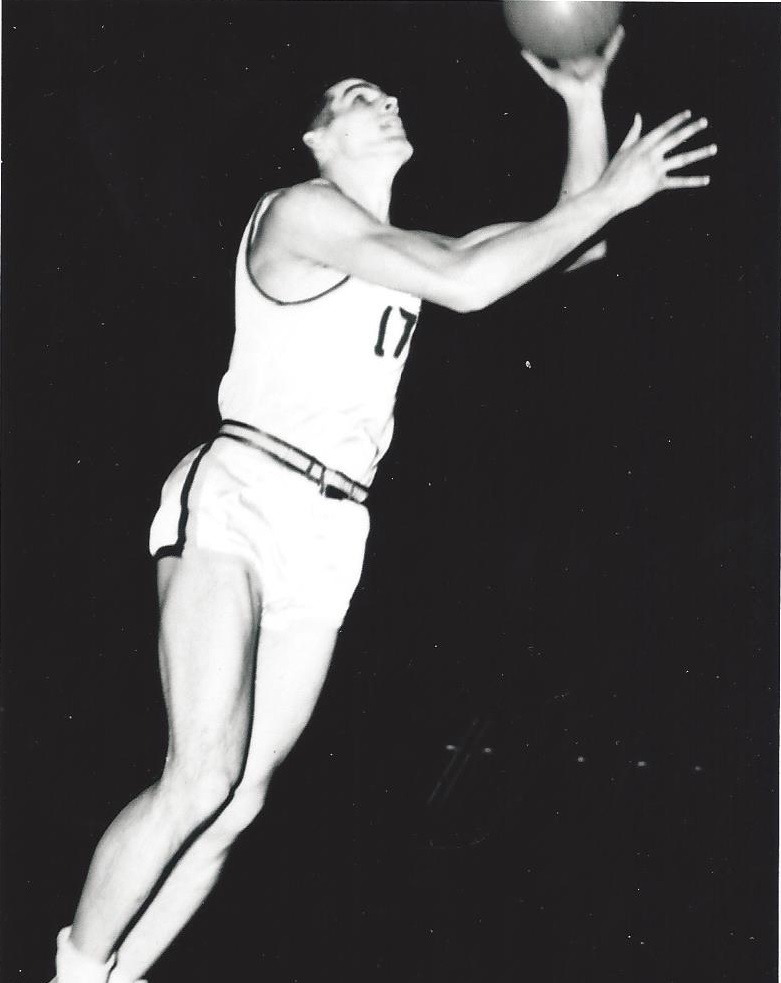 Milo Komenich, was a star athlete at Lew Wallace High School in Gary, Indiana. In a basketball crazy state, he stood out for his 6’7″ size and his unstoppable left-handed hook shot.  He attended college at the  University of Wyoming. Alongside All-American guard Ken Sailors, Komenich led the Cowboys to the 1943 NCAA championship. Komenich was also named an All American in 1943 and 1946. Komenich started his professional basketball career with the Fort Wayne Pistons in the National Basketball League, but couldn’t dislodge veteran center Jake Pelkington as a starter and was traded to the Anderson Packers midway through his second pro season. On his new team, he emerged as one of the better frontcourt players in the NBL.  In 1949, Komenich was a key factor in Anderson capturing the NBL championship.