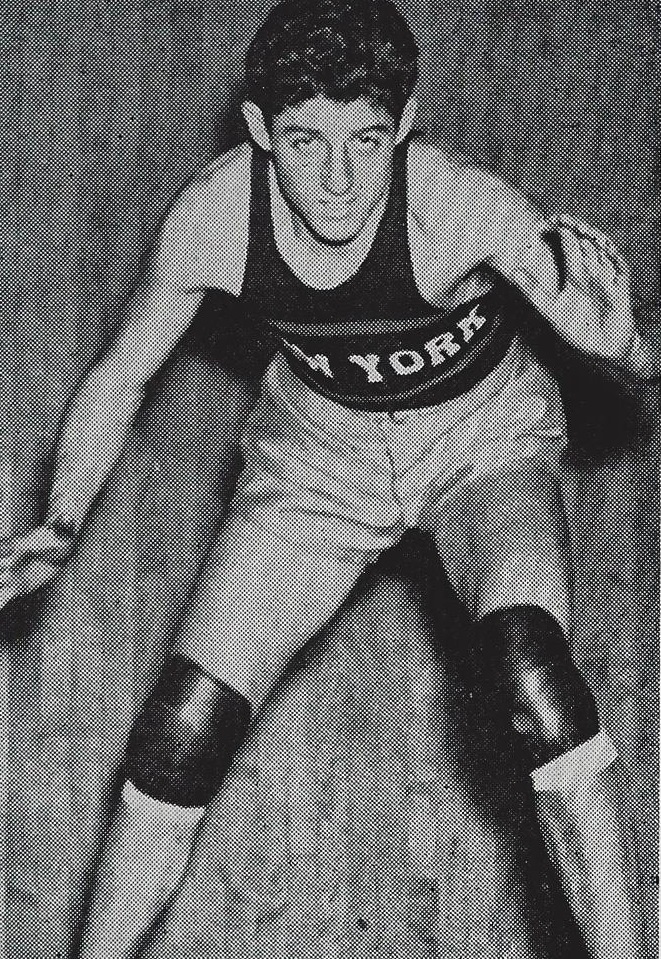 Milt Schulman was a scholastic basketball star at James Madison High School in the Bronx, New York.  Schulman was a starter for every game of his three-year varsity career at New York University. While he was never the team’s leading scorer, Schulman  was the  key component to NYU’s  success in the mid-1930’s In Schulman’s sophomore season, the Violets finished the season with a 19-1 record , including wins over highly-touted Kentucky and archrival CCNY.. At the end of the season, NYU was named the 1935 National Champions  by the Helms Foundation. As a junior, Schulman moved from guard to forward, but retained  his position as the team’s  floor leader.  NYU posted a  14-4 record. and Schulman was named a College Humor Magazine  first team All-America. Schulman was named team captain for his senior year, but plagued by injuries and illness, the Violets had a disappointing 10-6 record. By his own choice, Schulman played professional basketball for just one season (1939-1940) , splitting his time between the New York Jewels and the Brooklyn Dodgers.