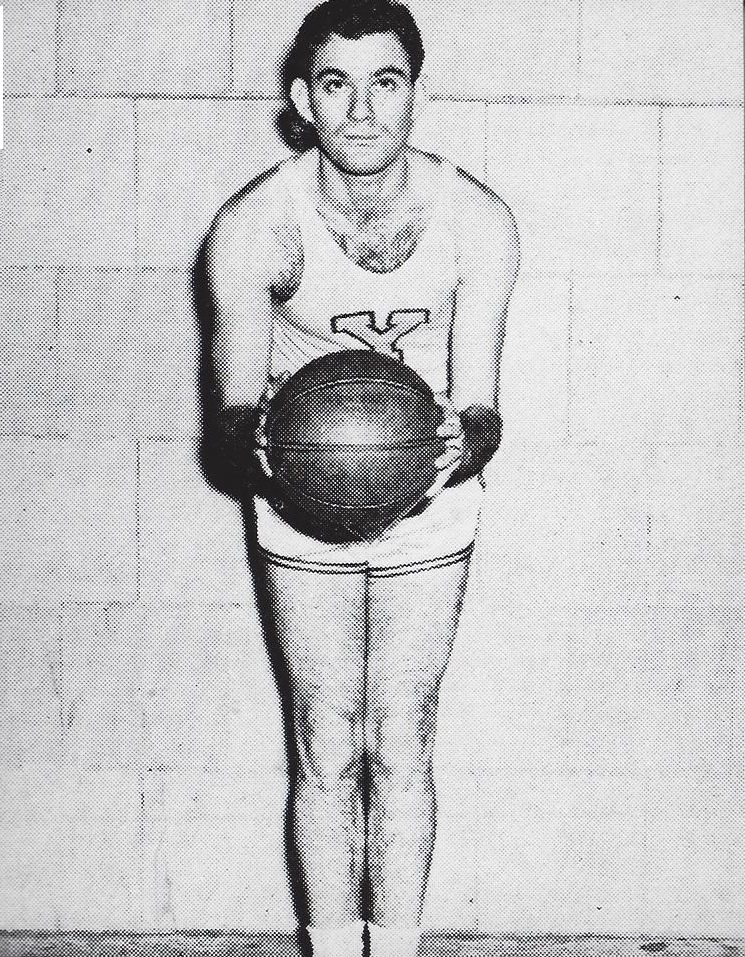 Moe Becker, along with Ed Milkovich and Paul Widowitz, was part of a  trio nicknamed the “Iron Dukes” who led Duquesne  University to a 51-10 record over three seasons.  In 1940, Duquesne became the the first team in NCAA history to play in the both the NIT and NCAA Tournament in the same season.  In 1941, Duquesne declined a NCAA Tournament bid to play in the NIT.  Becker, a was named 1st team All-American by Madison Square Garden in 1941. During World War II, Becker served served in the Army at the Aberdeen, Maryland Proving Grounds. He played for the base team, one of the most talented service teams  in the country and also moonlighted with American Basketball League teams in nearby Baltimore and Philadelphia. After the war, Becker played professionally in the National Basketball League,  the Basketball Association of America (the precursor to the NBA) and the Professional Basketball League of America. Becker returned to Pittsburgh after his playing career was over to coach at Baddock High School .