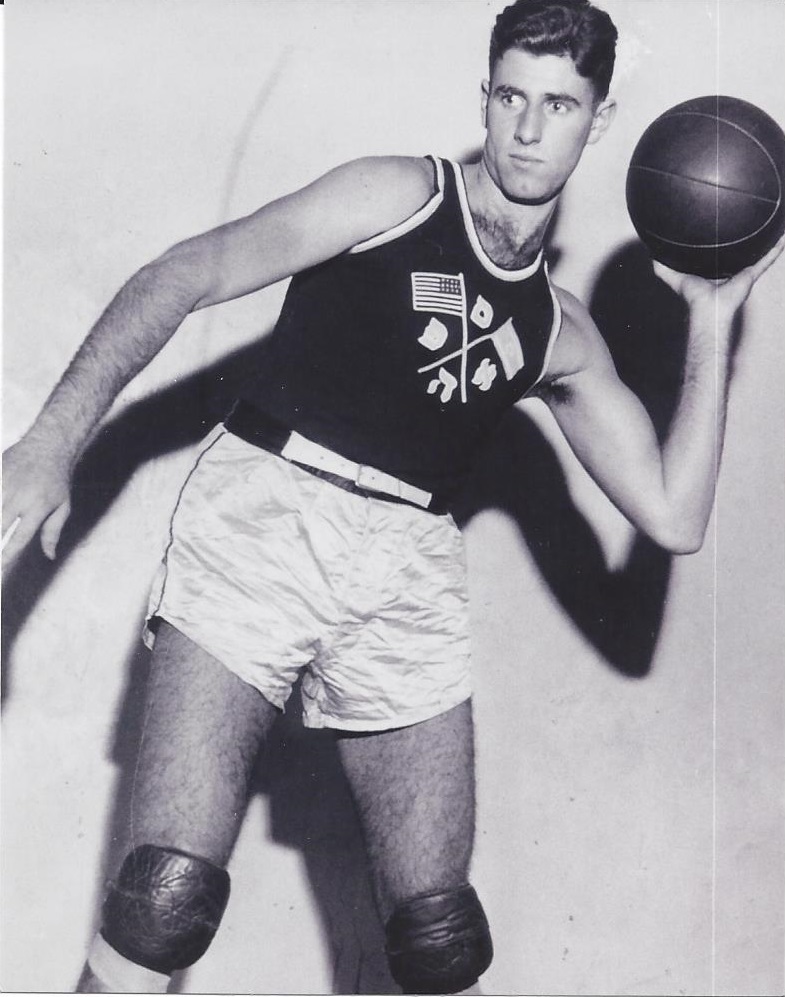 Moe Goldman attended Franklin Lane High School in New York City and then enrolled at the City College of New York.  In his three years of varsity basketball, CCNY posted a 49-3 record. In his senior year, he was named to the Converse All American second-team. In a scenario that was not uncommon for the era, he played his final CCNY game on a Saturday night and the next afternoon  started his first professional  game for the Philadelphia Sphas against the Brooklyn Jewels. Goldman revolutionized the center position. Goldman was one of the shortest centers in the American Basketball League, but he could run, dribble and pass better than any of his bigger opponents. He was a splendid jumper and an agile, crafty defender. Goldman was a key element of the Sphas’ ABL championship teams in 1934, 1936, 1937 and 1940. Goldman received his Master’s degree from CCNY and taught for many years in New York City. He later served as commissioner of the New York City Public Schools Athletic League before retiring in 1977.