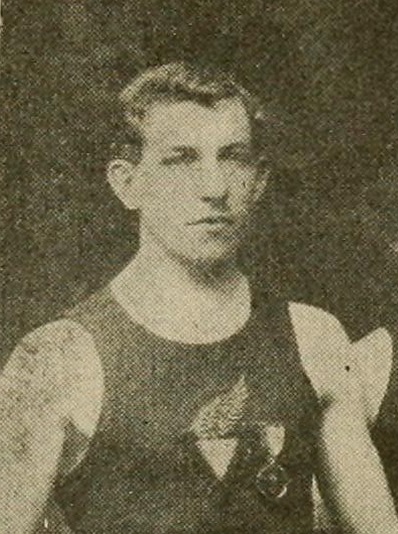 In the early 1890’s. George “Mother” Dietrich joined the  23 Third Street YMCA to participate in the gymnastics program, but his attention quickly turned instead to basketball, a new sport that had just been introduced to Y’s a few year earlier. The 23 Street YMCA team rapidly rose to prominence by winning the National AAU title in both 1896 and 1897. When the players decided to turn pro, they were quickly banned from the YMCA.  Unable to find a playing facility, they became known as the 23rd Street Wanderers.  For the next thirteen seasons, Dietrich along with teammate Bob Abadie were the backbone of the defense of the Wanderers, one the greatest teams in early professional basketball.