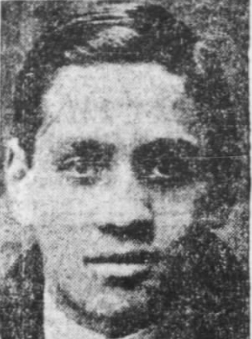 Moyer Krakovitch was the captain of the famed Passaic High School “Wonder Boys” who won 159 straight games. Prior to his senior year, he transferred to nearby Union High School. It later was revealed that he received a financial incentive to make the transfer to the rival school. In 1926, right out of high school, Krakovitch signed to play with Baltimore in the American Basketball League.  The following two seasons, he was the featured attraction for the The St.Louis Americans, an independent team that toured the country.