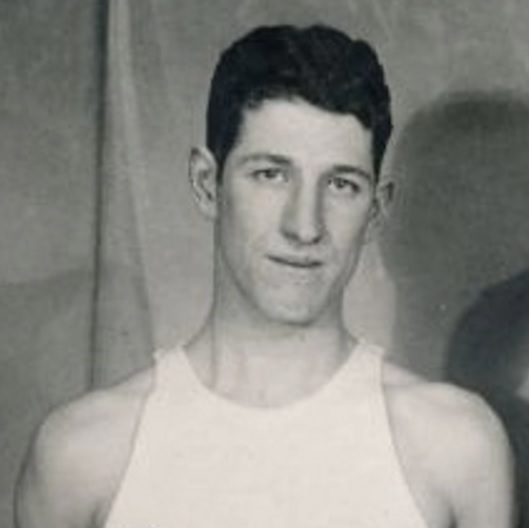 Nat Hickey was a two-time all-state performer for his high school basketball team in Hoboken, New Jersey.. In the early 1920s , he played professional basketball with independent teams in the New York city area such as the Holly Majors and New York Crescents.  Prior to the 1925-26 season, Marty Friedman signed Hickey to a contract with the Cleveland Rosenblums who had just entered the American Basketball League. . Hickey quickly established himself as the team’s top offensive star on Cleveland’s ABL championship team. In his first five seasons in the ABL, Hickey never finished below fourth place in the individual scoring race. When the ABL disbanded in 1931, Hickey was signed by the Original Celtics. He barnstormed with the famed team until the Celtics final seasons in the early 40’s.  In the mid-forties, Hickey served as  player-coach of teams in both the National Basketball League  and the Basketball Association of America. . At age 45, the always-fit Hickey still played in an occasional game. Hickey’s last stint in pro basketball was in 1950-51 as coach of a minor-league team in Johnstown, Pennsylvania.  The season ended tragically when a car Hickey was driving to an away game slid off an icy road and killed a player. In addition, to his basketball duties, Hickey played minor-league baseball during the summer for fifteen years.