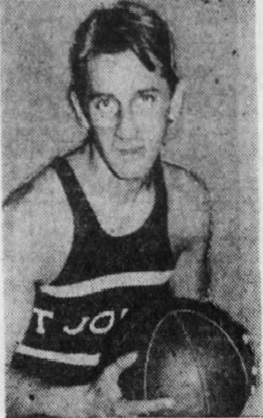 Nat Lazar was a basketball star at James Monroe High School in New York City. He played two years of varsity basketball at St.John’s University in Brooklyn. Lazar was a standout on a team loaded with good players ( 49-9 record  over two seasons.) He was an elusive floor leader who possessed a fine set shot and could play defense. Many observers thought Lazer was the best player in the East at the time. Surprisingly, Lazer left school prior to his senior year and  signed to play professional basketball for the Brooklyn Jewels, but played only a handful of games before retiring from basketball altogether.