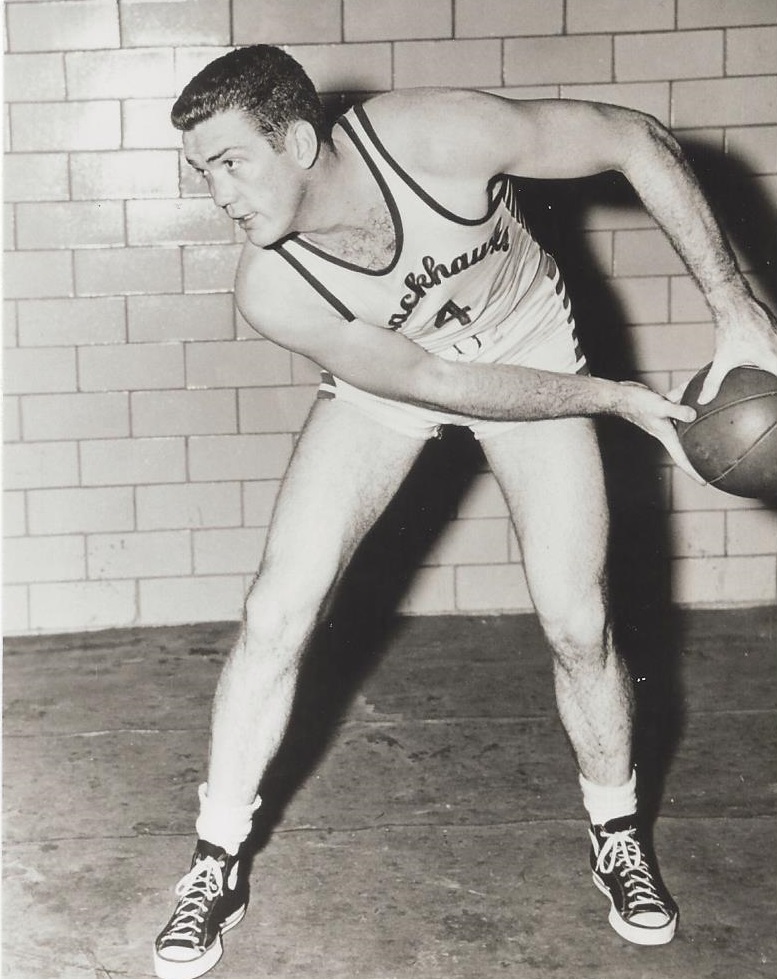 Noble Jorgensen was a high school basketball star in Pittsburgh and attended Westminister College , an hour’s drive north of Pittsburgh. After two years at Westminster, Jorgensen transferred to the University of Iowa for his junior and senior years. Midway through his senior year, Jorgensen was declared ineligible . Five days later he returned to Pittsburgh and signed to play professional basketball for his hometown Basketball Association of America team.  Prior to the 1947-48 season, the  Pittsburgh BAA team folded and Joregnsen signed with the Waterloo team in the newly organized Professional Basketball of America. A month into the season, the PBLA disbanded. Jorgensen signed for the rest of the season, with the Portland team in the minor-league Pacific Coast Basketball League , where he averaged 17 points a game and led the team to the PCL championship. Jorgensen returned to the majors for the remaining five seasons of his career, one in the National Basketball League and the final four seasons in the National Basketball Association.