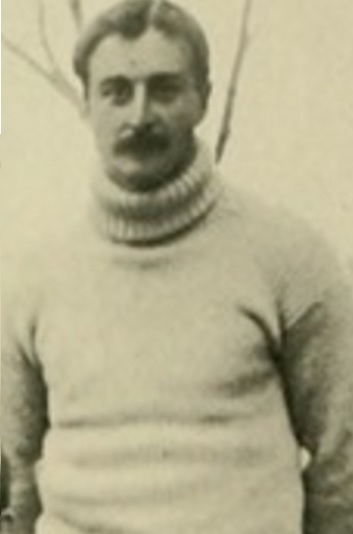 Oscar Lang was a gifted Philadelphia youngster who embodied the late-nineteenth century journeyman athlete.  For a five year period, Lang played for pay twelve months a year. The spring was devoted to basketball, the summer to baseball and in the fall he played football.  Some of the teams were amateur and some were professional, but Lang was always on salary.  In the fall of 1895, he played football for the University of Virginia. The following season he starred for the semi-professional All-Philadelphia team. In 1897, he was the starting fullback for Bucknell University. Lang played basketball each season on various Philadelphia teams.  During the 1900-1901 season he played for the Pennsylvania Bycycle Club of the National Basketball League.  Lang was also the head football coach at Susquehanna College in 1900 and 1901.