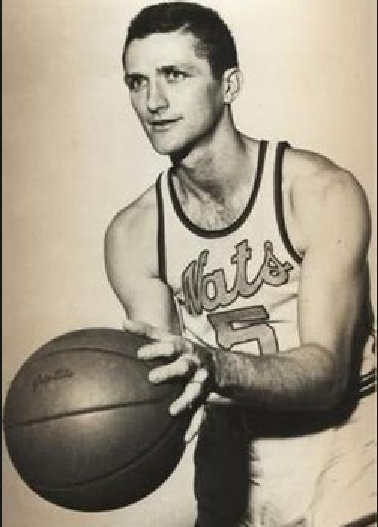 Paul Seymour grew up in Toledo, Ohio, and played for the University of Toledo for one season, and then joined the Toledo Jeeps of the National Basketball League in 1946. The following year, after playing briefly for the Baltimore  in the Basketball Association of America, he joined the Syracuse Nationals, and he played for them until 1958, averaging 8.6 points a game for his professional career. Seymour, a 6-foot-2-inch guard known for his intensity, averaged 14.6 points a game and 6.7 assists for the Syracuse team that won the 1955 N.B.A. title. He served as coach of the Nationals from 1956 to 1960 and coached the St. Louis Hawks to a Western Division title in 1961. He also coached the Baltimore Bullets for one season (1965-66) and then was hired to coach the Detroit Pistons for the final 60 games of the 1968-69 season. He compiled an overall N.B.A. coaching record of 271-243.