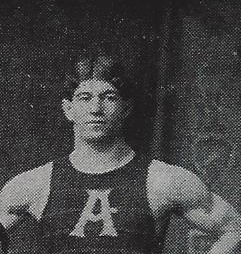 Paul Steinberg was a professional basketball and football player in the early 1900’s.  During his ten-year basketball career he played mainly with independent teams in upstate New York and New England. In 1902, Steinberg first played pro football for the Syracuse Athletic Association. He quickly established himself as one of the the very best players in football. Steinberg played for the famed Canton Bulldogs in 1905 and 1906. At the end of the football 1906 season, he remained in Canton to play professional basketball for the Canton A.C. in the Central Basketball League.