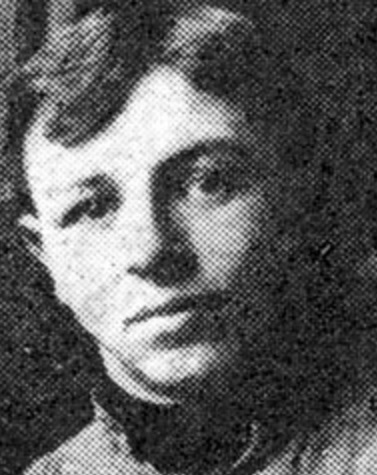 Peggy Parratt was an talented basketball player, but his considerable fame in the sports world was entirely related to his exploits as a football player. A college star at Case Institute in Cleveland, Parratt lost his eligibility because he was discovered to also be playing professional football under an assumed  name for the Shelby Blues. During the following season, while playing for the Massillon Tigers, Parratt is credited with throwing the first pass in the history  of professional football. Parratt was an important figure in pro football as a player, coach and owner for a dozen seasons. He  starred on four championship teams in the Ohio League, a predecessor to the National Football League.