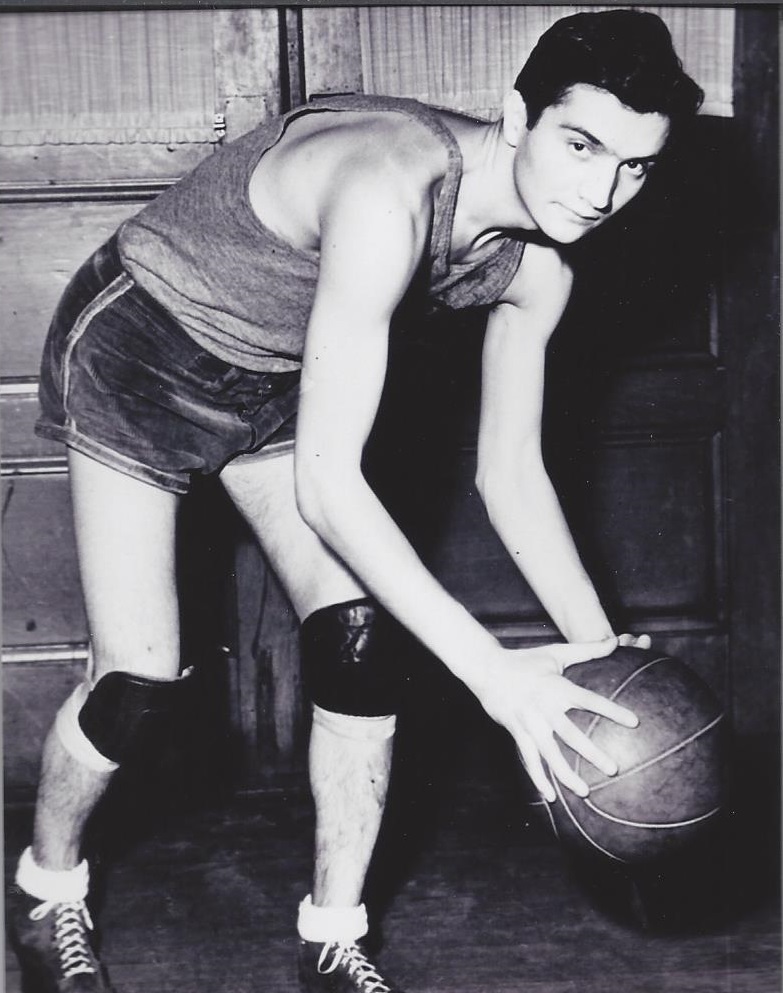 During Pete Berenson’s  three seasons of varisty basketball at City College of New York,  the Lavenders posted a 43-3 record, the best three-year record in the storied history of CCNY basketball.  On a well-balanced team, Berense\on stoodout for his defensive prowess. In 1934, he began his professional basketball career  with the Brooklyn Visitation, a legendary team that had been ucharacteristically mediocre during the past two American Basketball League seasons. Berenson, along with 20-year-old  sensation, Bobby McDermott, brought a renewd energy  to the Visitation who went on to win the 1935 ABL championship.  Brooklyn  returned to the ABL finals againin 1936, but lost the championship to the Philadelphia Sphas in seven games. Berenson remained among the top echelon of ABL players for the next six seasons and  won a second ABL championship as a member of the 1940 Kingston Colonials. After serving in the army  during  World War II, Berenson returned in 1945 for his pro basketball swan song with the New York Gothams .