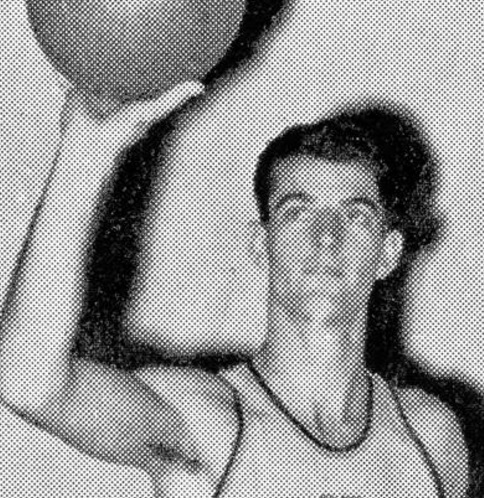 Pete McCloud  was selected to the all-state basketball team at Newton, Kansas  High School. McCloud played basketball at the University of Colorado  from 1939 until 1942. He was  the leading scorer for the 1941-42 Big Seven Champion team.  The same season, McCloud joined teammate Bob Doll on the Look,Pic and Time magazines’ All-America squads.  Both men also grew up in Newton, Kansas. McCloud served in the Army Air Corps from 1943 to 1946.  During World War II, He trained cadets and played basketball for base teams. In 1946-1947, he played basketball in the Industrial League with the Continental Airlines team. In 1947, he played professional basketball for  the St. Joseph Outlaws in the l Professional Basketball League Of America.  McCloud worked in management for Continental Airlines from 1949 until his retirement in 1978.