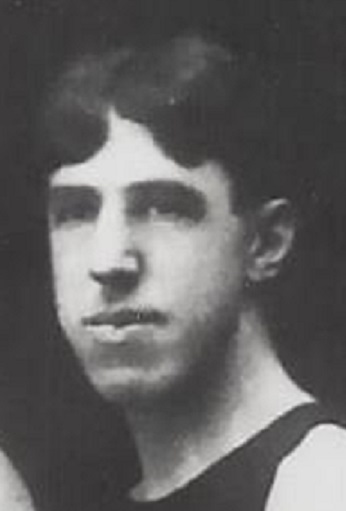 William “Pete” Riley played professional basketball for eighteen seasons, primarily in his hometown, Trenton, New Jersey.  Riley was never the featured player on any team, but his hard work and determination was the foundation on which many Trenton teams built their success. Riley  began his professional career in 1899, at age eighteen. Riley served as  a backup to Gus Enderbrock, one of the best centers in the game at the time. Oer the the next few seasons, Riley matured into an outstanding player. Unlike most  centers of the era, Riley was a capable scorer. Riley enjoyed the most rewarding  year of his career during the 19010- season, when Trenton tied  with Reading for first place in the Eastern Basketball league and then took the championship with three straight victories in the playoffs.