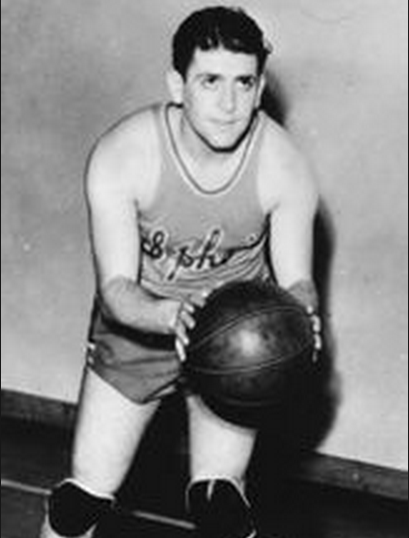 Pete “Petey” Rosenberg was one of the most versatile athletes ever to come out of South Philadelphia. Born on the Fourth of July in 1918, he made his mark in both scholastic and professional basketball and baseball. At South Philadelphia High School, Rosenberg played baseball on the 1936 City championship team, He captained the 1937 City Championship basketball team, the team that went on to become the Eastern States Tournament Champions. From Southern, he went to Brown Prep, eventually earning a scholarship to St. Joseph’s College. He played for  St. Joe’s for one year in 1939, before signing with the Philadelphia Sphas, where  he played with them until 1943, at which time he went into military service. In the service, Rosenberg came across a comparative unknown and recommended him to Gottlieb. The unknown was Joe Fulks, and Gottlieb’s Warriors went on to win the NBA Championship with a 49-11 record in 1946-47.