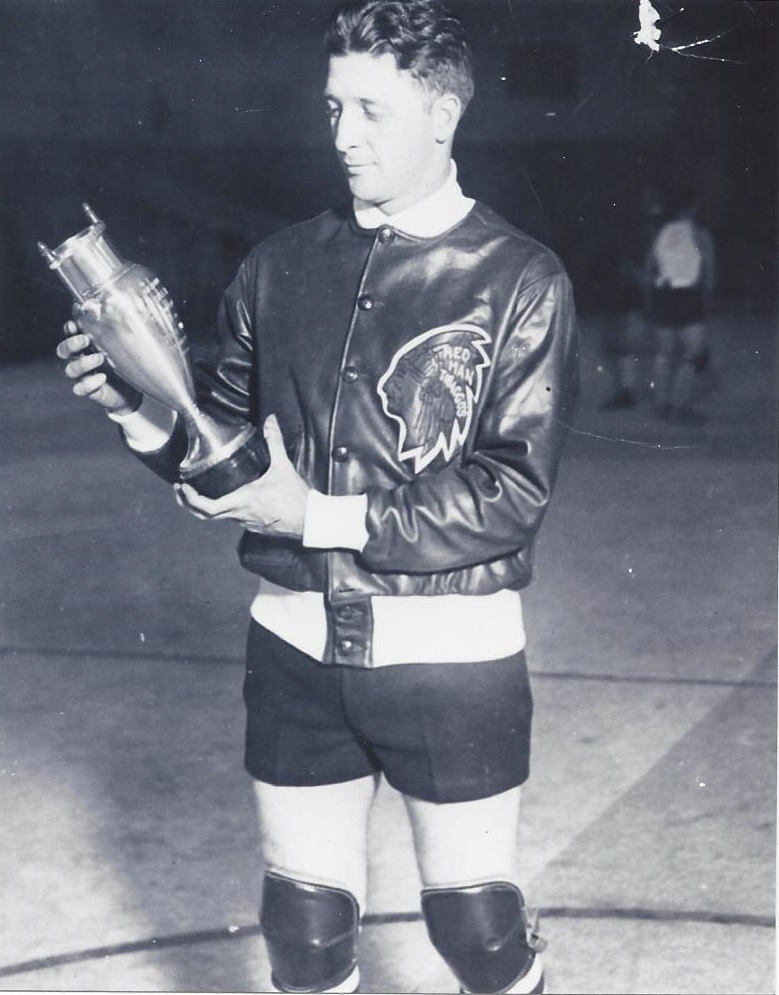 Horance “Pip” Koehler was a baseball and basketball star at Penn State University. In 1923, Koehler signed with the Second-Story Morrys, a powerful independent basketball team in Pittsburgh. It was the first stop on professional basketball career that would span 14 seasons.  For a dozen years (1925 -1937) , Koehler was a year around professional athlete,  splitting his time between basketball and baseball. In his very first season of professional baseball, he made it to the majors, playing 12 games for the New York Giants, but  the  remaining 17 years of his career were all spent in the minors. In the late twenties and early thirties he played year around in Toledo, Ohio. In five seasons in the American Association he batted .299 for the Toledo Mud Hens. During the  same period, he was the player-coach of the Toledo Red Men,  a regional pro basketball  powerhouse. In the 1929-30 season, the Red Men won the  National Professional Basketball League  championship.