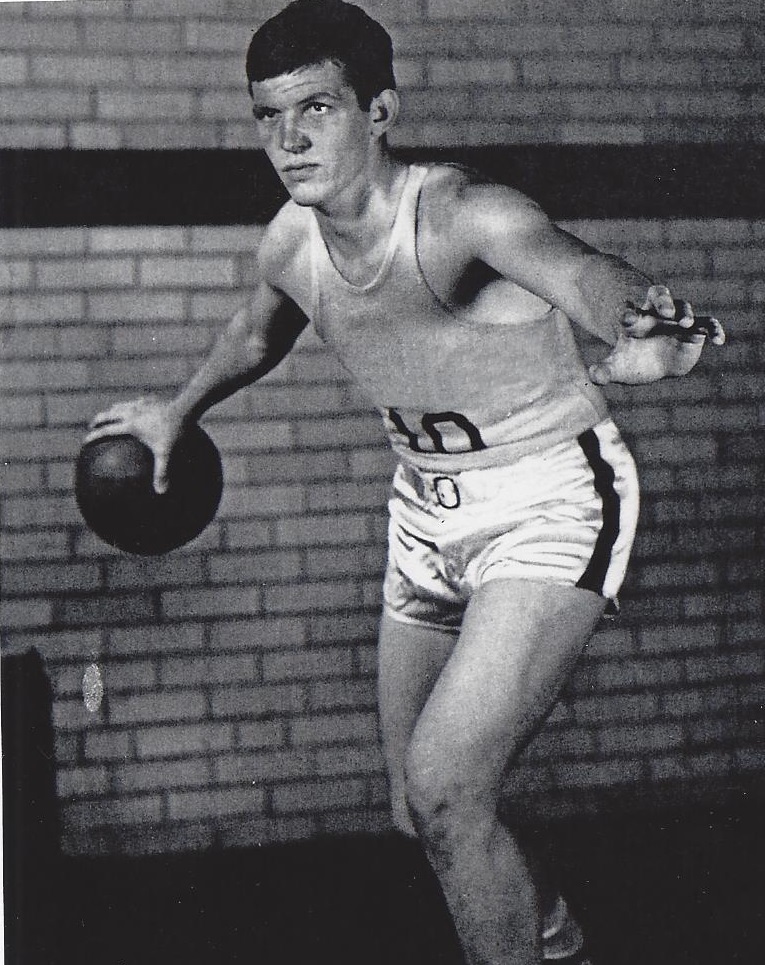 Ralph Hamilton played three varsity seasons for the University of Indiana spread out over a six year period.  He played for the Hoosiers in 1941-42 and 1942-43 and  then served in the military for three years during World War II. Hamilton returned to Indiana University  as a 25-year-old senior in 1946–47.  He led the Hoosiers in scoring and was named a first-team All-American.