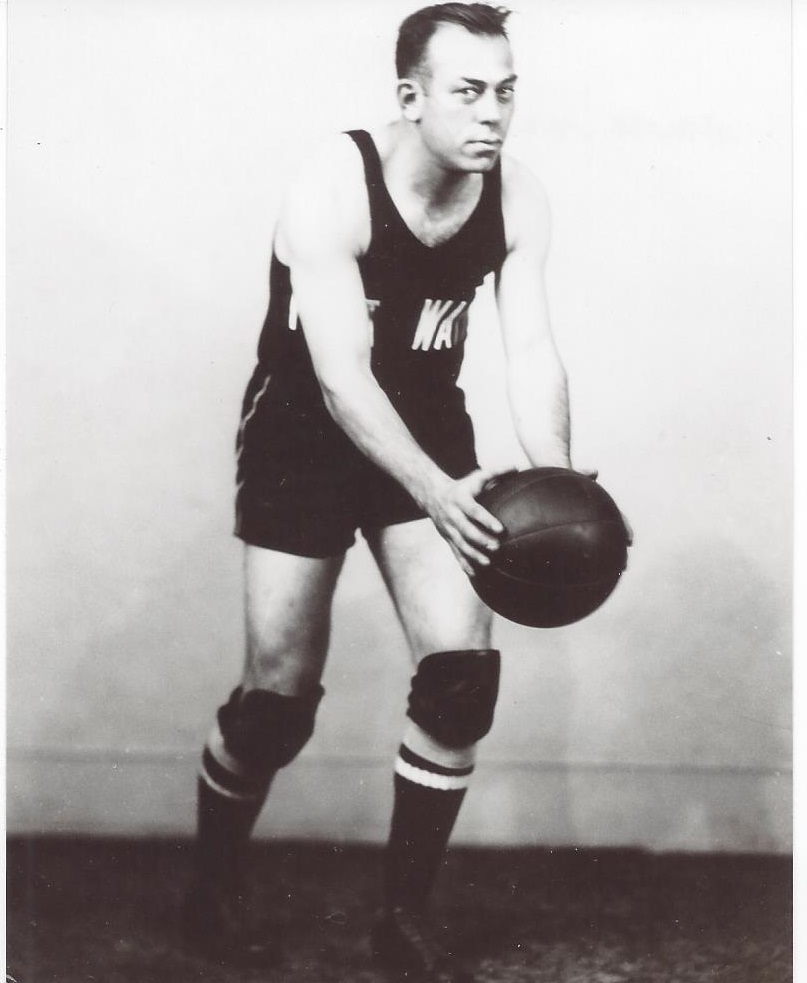 Ralph Miller represented Fort Wayne in  professional basketball for 14 seasons. He also played professional baseball for 12 seasons, spending parts of three seasons in the major leagues.   Miller was considered one of the best defensive guards in pro basketball throughout  the 1920’s. Miller was a  brawler, who had a well-deserved reputation for rough play.  When frustrated, he was known to throw a punch at an unsuspecting opponent just to establish territorial rights. Miller served  as the player-coach of the Fort Wayne entry in the American Basketball League intermittently during the six-year existence of the league. Simultaneously with his years in pro basketball, Miller also had a decade-long  pro baseball career that included parts of three seasons in the major leagues.