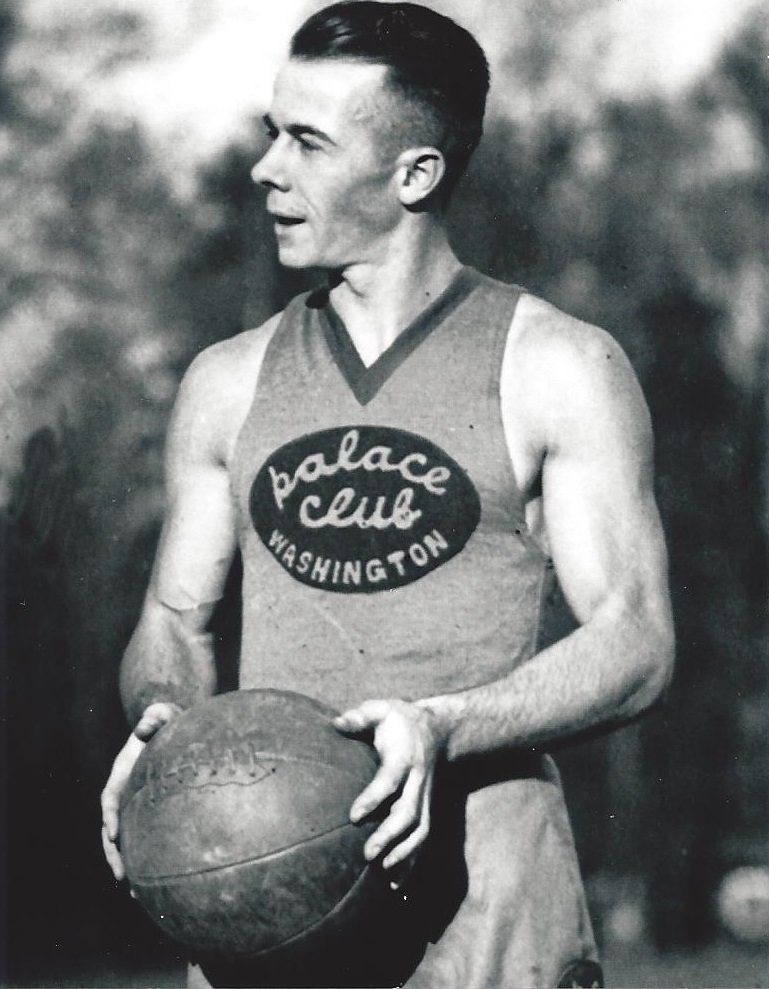 Ray Kennedy never quite made it to the very top echelon of the 1920’s stars such as Nat Holman and Honey Russell, but he deserves to be remembered along with them as one of the prototypes of the “modern” pro guard. Kennedy was part of the new breed who not only played tough, tenacious defense like the guards of the early years, but who could also move forward on attack and be an integral part of the team’s offense. A Brooklyn native, Kennedy played his first half-dozen seasons with New York city independent pro teams.   He joined Albany of the New York State League  for the 1920-21 season, his first  year in a professianal league. He immediately made a favorable impression on veteran Marty Friedman with whom he shared backcourt duties. Albany won both halves of the split-season to capture the 1920-21 NYSL crown. During the next four seasons, Kennedy split his time between the NYSL and the Metropolitan League. In 1924, Kennedy rejoined Friedman who was player-coach of the Cleveland Rosenblums, one of the preeminent independent teams in the country. George Preston Marshall, owner of the Washington team in the newly formed American Basketball League, signed Kennedy to a lucrative contract in 1925. Kennedy rewarded Marshall by winning the ABL scoring title. Kennedy also took over as the team’s coach at mid-season, a position he retained until the franchise was transferred to Brooklyn two seasons later. Kennedy finished up his ABL career with three starring seasons in Chicago.