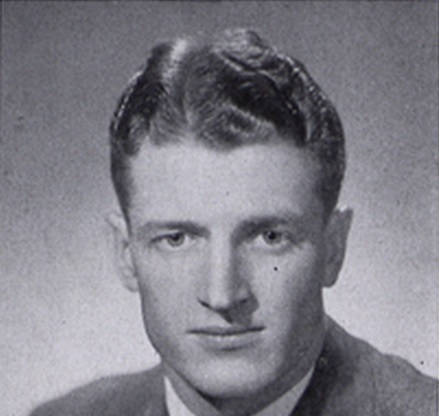 Ray Ramsey was a three-sport star  at Bradley University.  Ramsey  won 13 varsity letters while scoring 994 points in basketball, setting three school records in track and becoming a Little All-America halfback in football. His college career was split in half by his service in the U.S. Navy during World War II. When he returned to Bradley he captained the basketball team to a 25-7 season and also beat then world-record holder, Earl Dugger, in the 120-yard high hurdles at the Boston AAU meet. Ramsey’s professional basketball career consisted of  just four games, but he played professional football for ten seasons. He played three seasons (1947- 1949) in the All-American Football League,  four seasons (1950-53)  with the Chicago  Chicago Cardinals in the National Football League and finished his career with  three years (1954-1956)  with  the Hamilton Tiger Cats in the Canadian Football League.