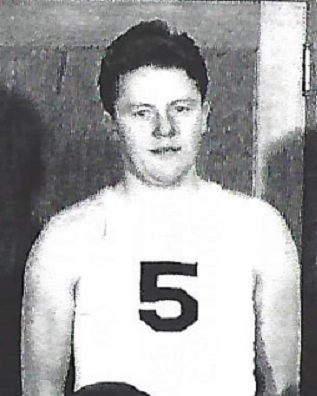 Bob Red” Dehnert” was the nephew of Dutch Dehnert, the longtime star of the New York Celtics and member of the Basketball Hall of Fame.  Red was a prep basketball star in Brooklyn and and then played two years of  varsity basketball at Columbia University bwfore he enlisted in the Army during World War II. In the post war years, Dehnert was a vagabond professional player, playing with fourteen teams in in six years, including ten games with Providence in the Basketball Association of America.