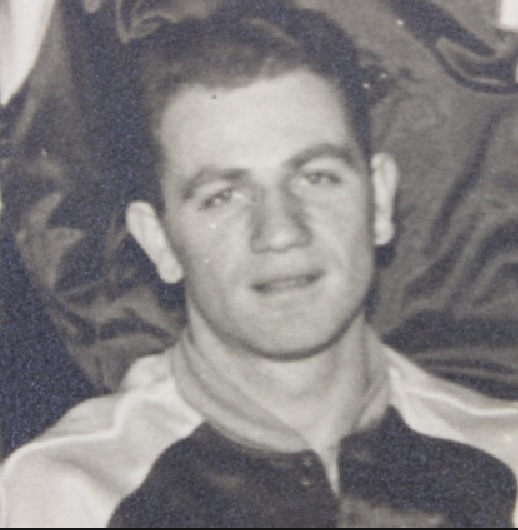 William “Red Holzman played basketball at Franklin High School in Brooklyn. He attended the University of Baltimore for one season before transferring to City College of New York where he played basketball for two seasons and was named an All-American in 1942. Holzman served in the Navy during World War II. In 1945, he joined the Rochester Royals of the National Basketball League.Rochester won the NBL championship and Holzman was named NBL Rookie of the year. Holzman played for Rochester for eight successful seasons. IN 1951, the Royals won the NBA Championship. In 1953, Holzman was named player-coach of the Milwaukee Hawks. He remained as coach of the team through the transfer of the franchise to St. Louis in 1955. Holzman was fired midway through 1956-57 season. For the next decade, Holzman served as a scout for the New York Knicks. In December of 1967,  he took over as head coach of the Knicks where he remained until he announced his retirement in in 1977 After sitting out one season, Holzman returned as head coach in November of 1978, and continued through the 1981-82 season.  The Knicks won NBA championships in 1970 and 1973. When he retired for good , Holzman was thr second winningest coach in NBA history with 696 regular season victories. Holzman was elected to the Basketball Hall of Fame in 1986.