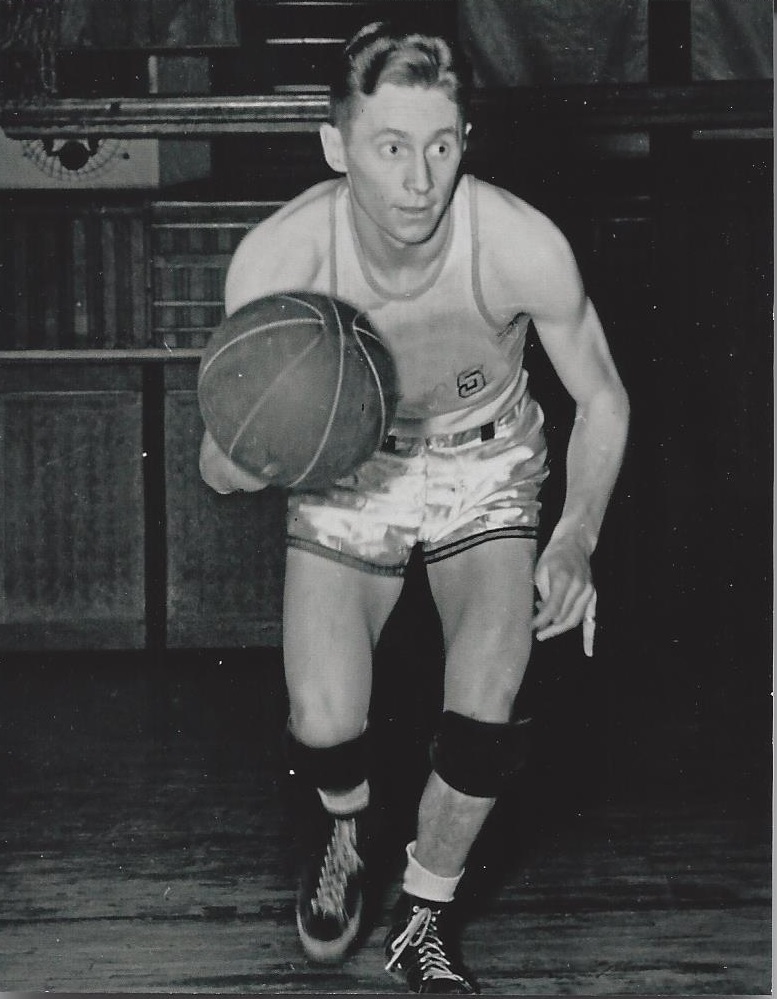 Red Paris began life as David George Cohen. He  was small in stature and his talents were often overlooked because of his size. At Brooklyn Boys High School, he spent two years on the JV before making the varsity. He followed the same pattern at City College in New York where he again did not land a spot on the varsity until his junior season. By assured perseverance, Paris  established himself an important member of a team that posted a 23-9 record during his two varsity seasons. Prior to the start of his senior season at CCNY, Cohen changed his name to Red Paris. After graduatiotation, Paris embarked on a successful ten year pro basketball career that was earmarked by his dual reputations as one of the most skilled  long distance shooters  in the pro game and one of the games’ fiercest competitors.