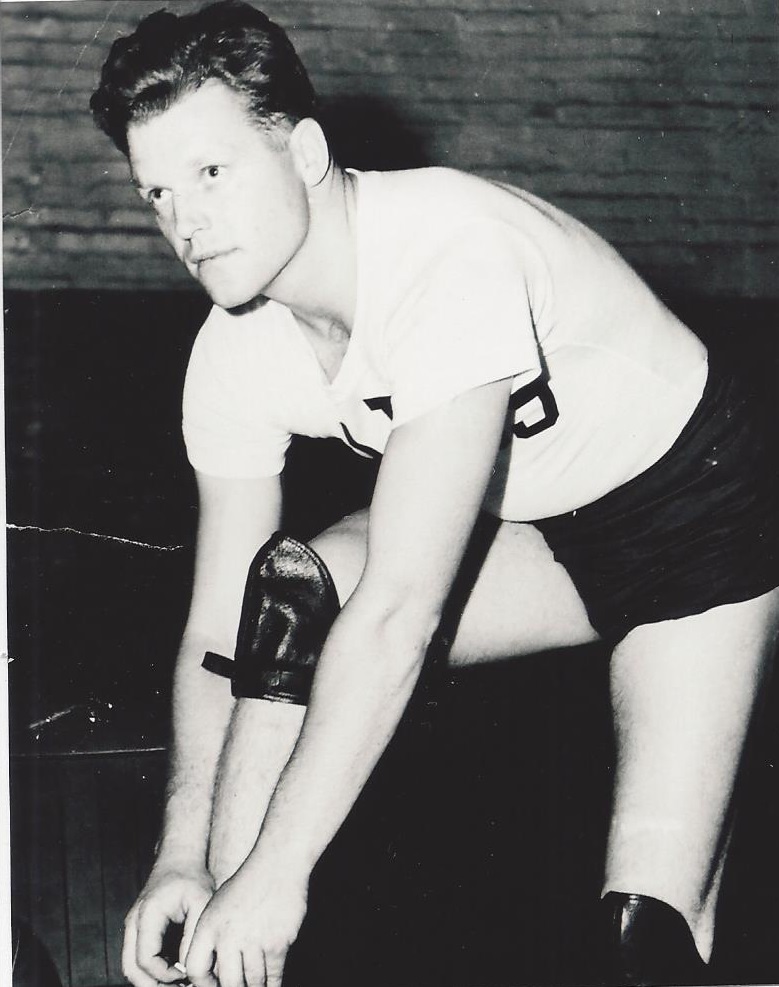 MIke “Red” Wallace Was a standout on the Keystone(Pennsylvania)  College basketball and football teams, serving as captain and team leader.  While at Keystone, Mr. Wallace won the league scoring title and was named to the all-league team.  Wallace the University transferred to the University of Scranton for his final two years of college before he  enlisted in the United States Army to serve during World War II. After the war, Wallace embarked on professional basketball career that spanned sixteen seasons. Wallace was  the New York Winchesters’ leading scoring during the 1945-46 American Basketball League season. During the 1946-47 season played for the  Boston Celtics in the newly formed Basketball Association of America. . The following season, he led the American Basketball league in scoring with 22 points per game. Wallace  remained active in the ABL through the mid-1950’s. After retiring as a player, he became the basketball coach at Elk Lane High School in eastern Pennsylvania, where he coached for the next 21 years and accumulated two PIAA state championships, including a 36-0 season in 1977.