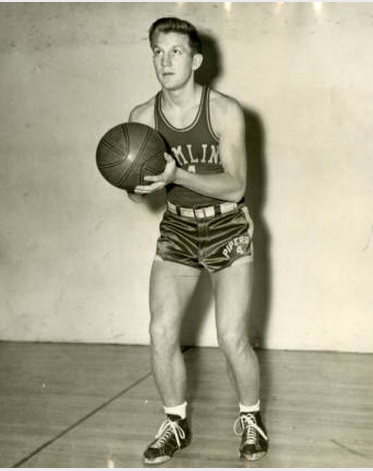 Rolland “Rollie” Seltz won eight letters at Hamline College, four each for basketball and baseball. He earned small-college All-American honors as a senior. Seltz played professional basketball for three  seasons in the National Basketball League and one in the National Basketball Association.   His career was short-circuited when he jumped from the NBA to play for his hometown  St. Paul Lights in the newly organized Professional Basketball League of America. St.Paul had a winning team, but competing for fans with the Minneapolis Lakers, the best team in basketball, was an impossible situation and the team folded in December, ending Seltz’ pro basketball career.