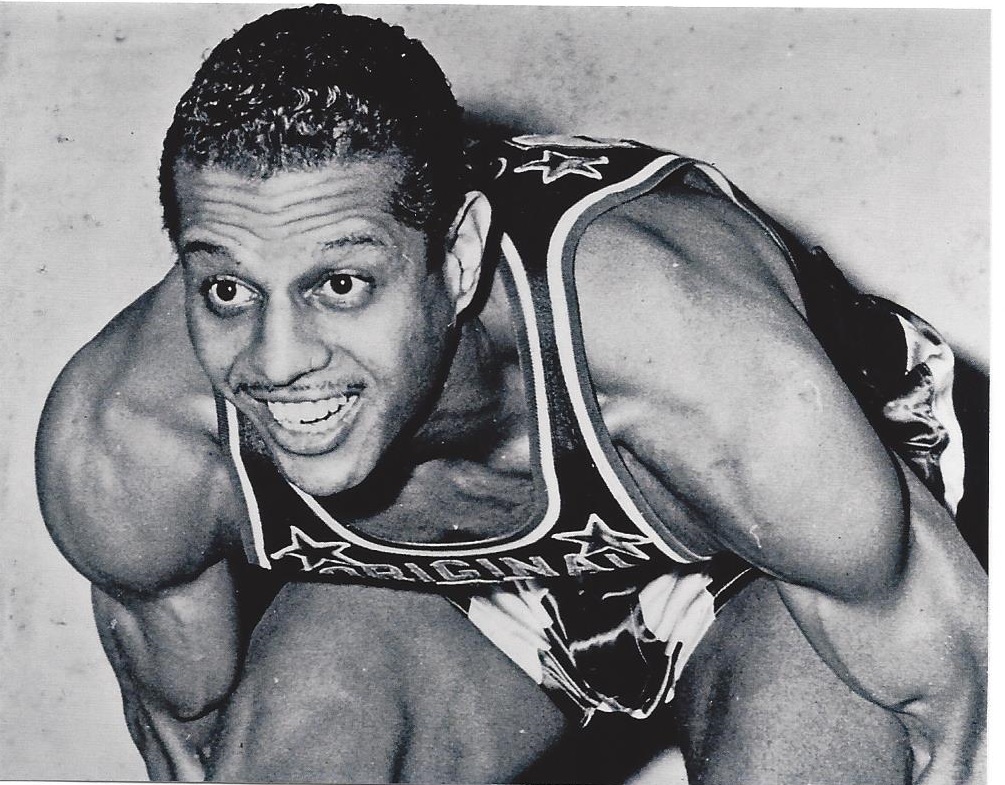 Bill (Rookie” Brown was a basket ball star at Benjamin Franklin High School in Philadelphia. In the fall of 1944, at age 19, Brown joined the Washington Bears, a veteran black team, that had had won the World Pro Basketball Tournament in 1943. He spent two years with the Bears gaining valuable experience from some of the most talented pro players of the era, including Tarzan Cooper and future Hal of Famer, Pop Gates. Brown later toured with  Globetrotters for over a decade. In 1960, Brown formed his own barnstorming team, the Harlem Satellites, and toured for another ten years until he finally retired in 1970.