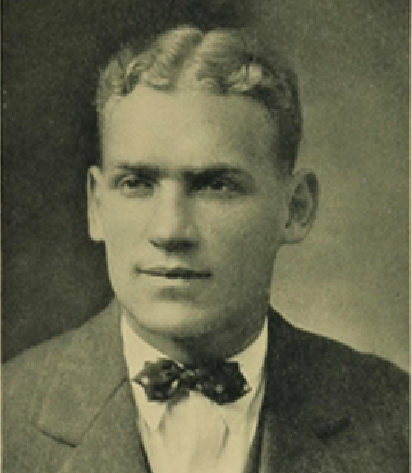 George “Rosy” Starn was three-sport star at Wooster high School in Ohio. His athletic success continued at the College of Wooster where he played  football, baseball and basketball. In 1925, Starn  was signed by George Halas to play for his Chicago entry in the Americanan Basketball League but appeared in just one game. Starn won 24 games in three seasons of minor league baseball from 1927 to 1929. Starn coached basketball, football and baseball at Kent State University between 1935 and 1943. In eight seasons, his basketball teams posted 98-81 record and his football squads had a 34-28-2 record. he also served as the school’s first athletic director.