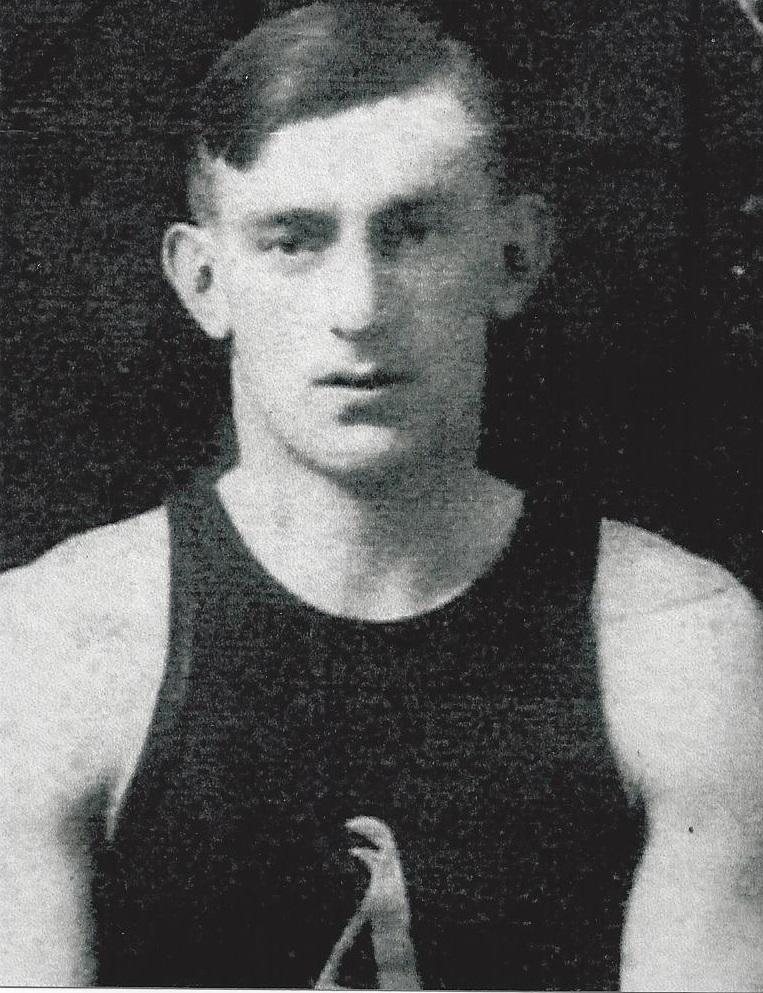 Roy Steele learned to play basketball under the tutelage of famed 23rd Street Wanders’ star Sandy Shields at the Homestead YMCA. Steele was a fine set-shooter and adept passer who was capable of breaking down the most determined defense. His great vision and passing skills culminated in many easy lay ups. Steele and fellow Homestead YMCA alumni Jackie Adams were teammates for nine pro seasons. Familiarity allowed Adams and Steele to develop the most sophisticated offense in the early years of professional basketball. Season after season, Steele and Adams refined their offensive system which was based on rapid ball movement and an intricate short passing game. Steele played alongside Adams for five seasons on their hometown Homestead club in the Central League where they won the 1908-09 championship. After an interlude with South Side he played for a season and a half with Gloversville in the New York State League before he rejoined Adams in Camden, New Jersey for the 1913-14 Eastern Basketball League season. They combined to bring a championship to Camden in 1914-15 season. When Adams retired in 1918, Steele assumed Adams’ role as team leader of Camden’s powerful offense. Steele formed a new partnership with Soup Campbell, a young player from Homestead, which created the most formable scoring duo in the league.   The team enjoyed tremendous post-war success winning the 1919-20 EBL championship and compiled a 112-37 record in three and half seasons before the demise of the league in January of 1923.