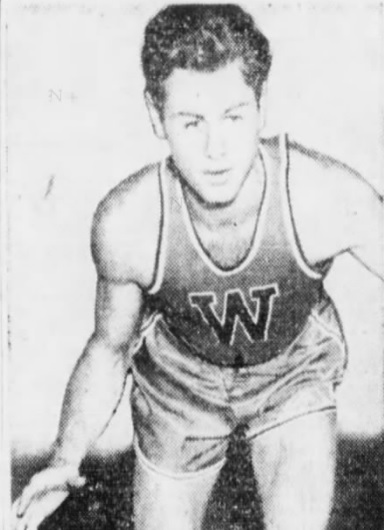 Sam Kaplan was a basketball star at James Madison High School in Brooklyn. Kaplan was recruited to play college basketball by two of the most respected coaches in the country, Nat Holman of City College of New York and Clair Bee of Long Island University, but he declined both offers. Instead, in the Fall of 1931,  Kaplan joined the Dux Club, a Brooklyn  AAU powerhouse, that was consistently among the best amateur teams in the East throughout the early 1930’s. In December of 1935, Kaplan played for four minutes for the New York Jewels in an American Basketball League against the Philadelphia SPHAS. This brief appearance in the game drew the wrath of the normally lax AAU enforcement committee who disqualified both Kaplan and the Dux Club from further AAU participation. A few weeks later, Kaplan signed with the New York Whirlwinds a strong independent professional team. Kaplan eventually spent six full seasons in the ABL as a productive player.