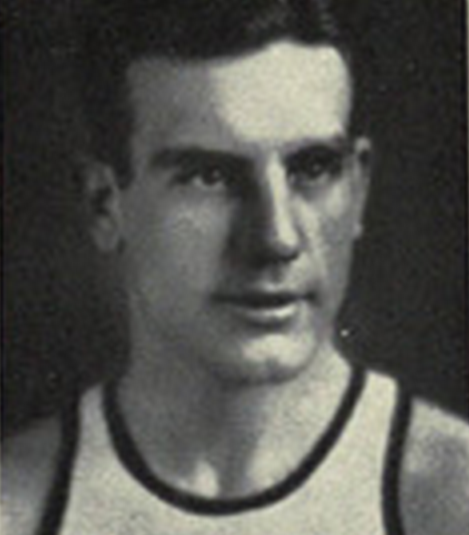 Seward “Sew” Leeks was star athlete at Crissman High School in Independence, Missouri. He played football, basketball, baseball and was a member of the swim and track teams. Leeka had continued success at the the University of Iowa, but was declared ineligible prior to his senior year, along with twenty-two  other athletes, because of financial ad irregularities. Leeka transferred to Warrensburg State where he finished his college career. Leeka spent the next half dozen years playing 150 games or more a year touring with Olsons’s Terrible Swedes or the House of David,  Leeka spent the final year of pro basketball career playing for the Akron Firestones in the National Basketball League.