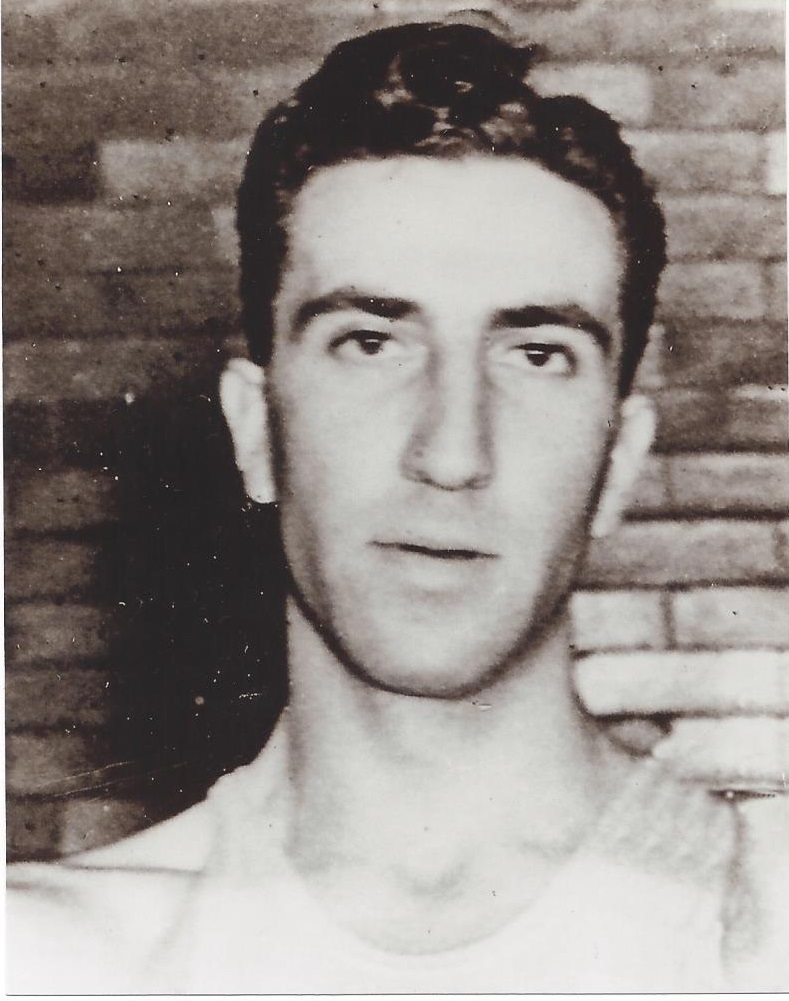 Urgel “Slim” Wintermuite was named an All-American at University of Oregon in 1939. With Wintermuite in a starring role, the Ducks won the first NCAA championship in 1939. Wintermute, and Oregon teammate Laddie Gale, played the 19139-40 season with Detroit in the National Basketball League. Wintermuite held his own against the best centers in the league especially on the defensive end of the floor. Wintermuite  returned to the Midwest for two seasons in the mid-forties to play indepedent ball with the Midland Dow Chemical team. In his final pro season, 1946-47, Wintermuite served as player-coach of the Portland team in the Pacific Coast Basketball League. Wintermuite led the squad to a 33-10 record and a first place finish.