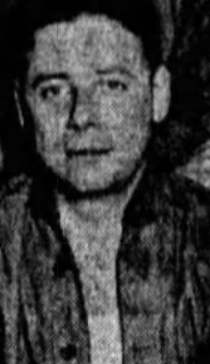 Edward “Sonny” Gluck was a journeyman professional basketball from the early 1920’s until the mid 1930’s. Gluck was a flashy player and fan favorite whose style did not always meld well with the conservative professional game of the era. His most successful season was in 1933-34 when he was starter for his hometown Bronx Americans in the American Basketball League. After his retirement from pro basketball, Gluck became the president of Gotham Pressed Steel Corporation. He  developed a host of popular electric sports games including Speedway and a National Football League endorsed electric football game.