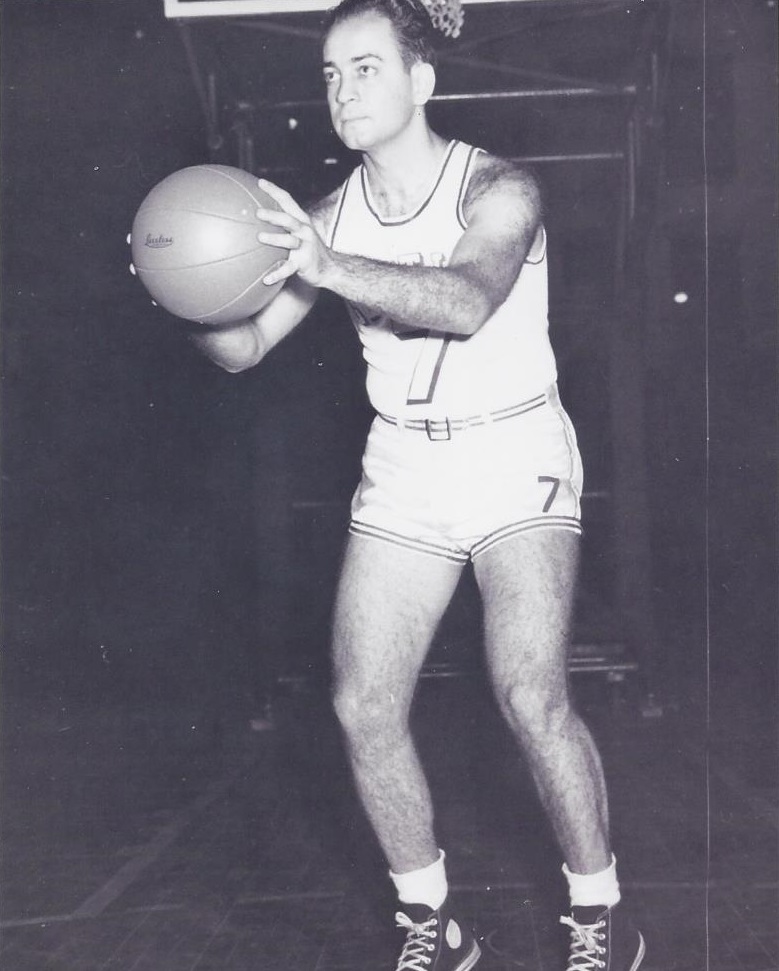 Sidney “Sonny” Hertzberg was an outstanding basketball player at Samuel J. Tilden High School in Brooklyn and at the City College of New York, where he was a teammate of longtime New York Knicks coach, Red Holzman. Hertzberg spent the first four years of his pro basketball career with the New York entry in the American Basketball League. On Nov. 1, 1946, Hertzberg was on the court in Toronto when the the New York Knicks played in the inaugural game of the Basketball Association of America, the forerunner of the NBA. Hertzberg was the floor captain and the leading scorer  for the Knicks in their inaugural 1946-47 season. Hertzberg joined the Washington Capitols early in the 1947-48 season, playing for Red Auerbach. He led the Boston Celtics in scoring in 1949-50, and the next season, when Auerbach became the coach of the Celtics. Hertzberg started in the backcourt alongside Bob Cousy, who was in his rookie season. After retiring as a player, Hertzberg  returned to the Knicks as a scout, assistant coach and broadcasting commentator.