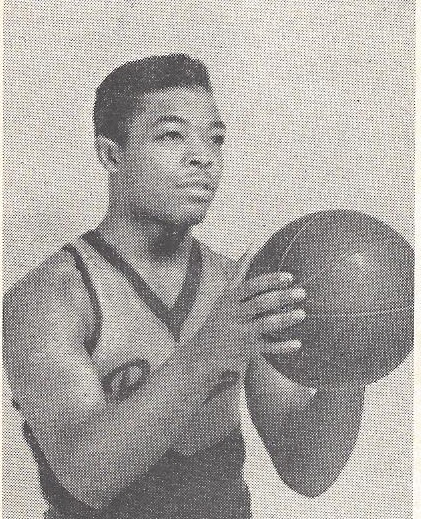 Robert “Sonny” Wood led Benjamin Franklin High School to the 1941-42 New York City High School championship. The same season he was named the High School Player of the Year in the city. Directly out of high school, Wood signed to play with the famed New York Rens, where he gained invaluable experience playing along side legendary players such as Willie Smith and future  Hall of Famer, Johnny Issacs. The following season, most of the Rens , including Wood, played under the banner of the Washington Bears. Playing alongside Pop Gates, another future Hall of Famer, Wood steadily gained more confidence and assumed a more important role on the veteran team.  BY the spring of 1944, Wood was a starter for the Bears who won the World Professional Championship Tournament in Chicago.