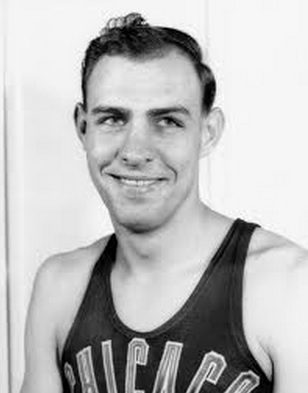 Stan Miasek emerged from high school in New York City without much fanfare as an athlete. He started attracting attention in the mid-1940’s while  he played basketball for service teams such as the Bunker Hill Naval Air Station and the Iowa Seahawks. Miasek was a top-five scorer his first two years in in the Basketball Association of America and remained a starter throughout his seven-year major-league pro career. Miasek also played minor league baseball from 1946 through 1949.