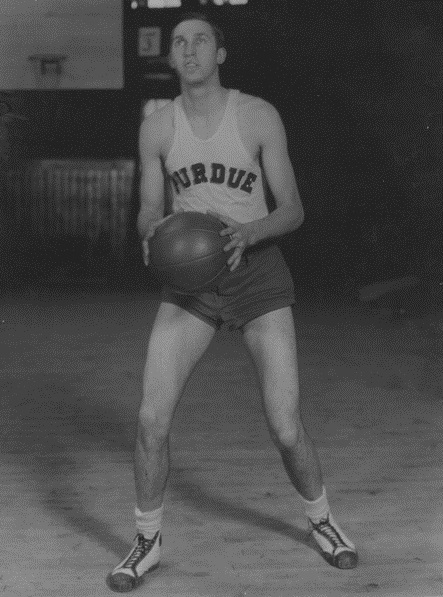 Charles “Stretch” Murphy led  Marion High School  to the Indiana state championship during his senior year in 1926.  He played basketball at Purdue University  for four seasons (1926–1930). Teaming with John Wooden, Murphy led the Purdue to the Big-10 championship in 1930 after an undefeated season in conference play. Murphy was named an All-American his sophomore,  junior and senior years. He was inducted into the Basketball Hall of Fame in 1960.