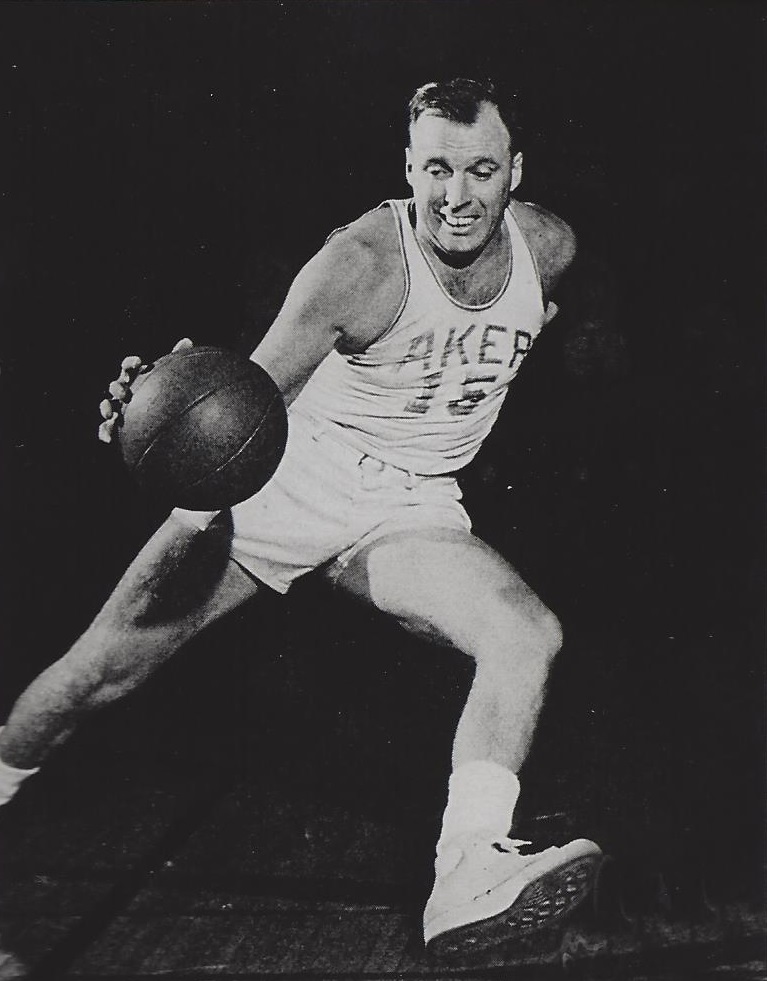 Donald “Swede” Carlson” was the star of the the 1936-37 Minneapolis Edison High School quintet that won the Minnesota state high school basketball championship. Carlson played  varsity basketball at the University of Minnesota for three years before  serving in the army for four years during World War II. After returning the University of Minnesota for his senior year,  Carlson started his pro basketball career in 1946 with Chicago of the newly-formed Basketball Association of America. Carlson was named MVP of the the Stags who finished in first-place in the Western Division. Carlson joined his hometown Minneapolis Lakers in 1947. Carlson was integral part of the team that won both the National Basketball League and the World Basketball Tournament championships. Carlson played for the Lakers for two more seasons and won two more championships.