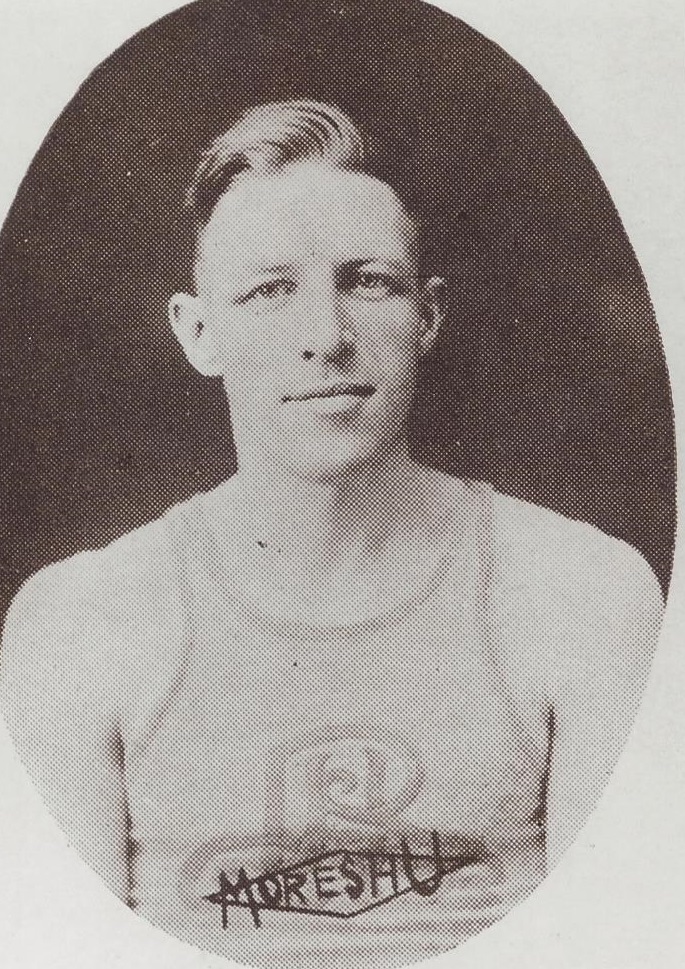 Swede  Grimstead was one of pro basketball’s most colorful players of the teens and twenties. Grimstead played amateur basketball around New York City before Lew Wachter signed him to a professional contract for his 1911-12 Troy New York State League team. Talented, but very raw and inexperienced, Grimstead was released after a few games. He played with three more teams the same season without a great deal of success. He gained considerable experience during the 1912-13 season when he toured with Frank Basloe’s Oswego Indians. By the 1913-14 season, Grimstead had blossomed into a first-rate center, good enough to hold his own against perennial Troy all-star Ed  Wachter. Grimstead’s Utica team won the NYSL championship edging out Wachter’s Troy squad for the title. Flamboyant and eccentric on and off the court, Grimstead periodically skirmished with law enforcement officials, usually for a harmless prank or barroom celebration. During the 1920-21 season, he was a valuable member of Scranton’s Pennslyvania State League championship team and also played along side Dutch Dehnert and Johnny Beckman with the Original Celtics. In his prime, Grimstead was a staunch defender and surprisingly good ballhandler for a big man. He enjoyed success in the mid-twenties with the Brooklyn Visitation who twice won the Metropolitan League championship with Grimstead at center. Grimstead finished his 17 -year pro career with two years in the ABL in a supporting role on three teams.