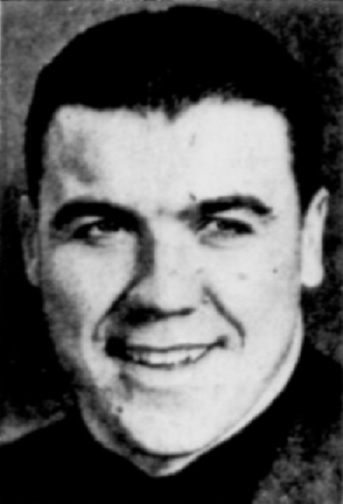 Ted Fritch was a football all-conference football player at the University of Wisconsin-Stevens Point from 1940 to 1942 and captain of 1942 squad. Fritsch also was a four-year letterwinner in basketball from 1938 to 1942.  Fritsch played for the Green Bay Packers of the National Football League from 1942 until 1950. Nicknamed “The Bull,” he was a bruising fullback on offense and a tenacious linebacker on defense. He returned kickoffs and punts. He punted and handled the place-kicking duties.In his nine-year National Football League career, Fritsch scored 380 points and rushed for 2,200 yards. He led the league in scoring in 1946 with 100 points and was a two-time All-Pro selection. He led the Packers in rushing three times and in scoring four times.  Fritsch also played professional basketball for two seasons in the National Basketball League  with the Oshkosh All-Stars  and played AAA baseball with the Los Angeles Angels in the Pacfic Coast League. After his retirement from the Packers, He taught and coached at Green Bay Premontre High School for 15 years.