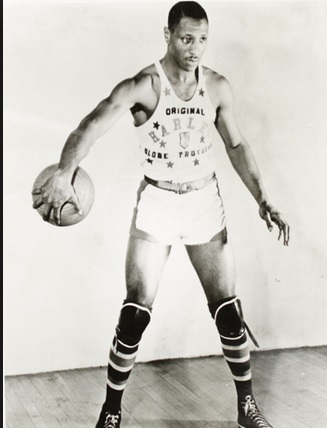 Ted Strong was a star  professional baseball and basketball player from the mid 1930’s until  the late 1940’s. Strong’s sports career was interrupted while he served in the Navy during World War II from 1943 to 1945. Strong played for the Harlem Globetrotters from 1935 until 1949. During the 1942-43 season in appeared in 10 games for the Chicago Studebaker Flyers in the National Basketball League before he entered the service. Strong was a major baseball star and one of the most popular players  the American Negro League from 1937 to 1942 and again from 1946 to 1951.