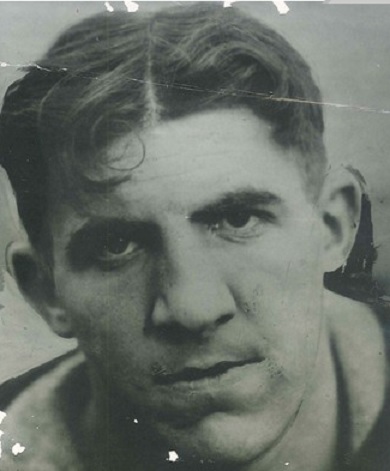 Walter “Tillie” Voss ranks as one of the greatest athletes in the history of Detroit, Michigan. After coming to prominence as a schoolboy star, he attended the University of Detroit where he played football, basketball, baseball and was also a member of the track team. Voss led the men’s basketball team in scoring in 1917 with a 12.9 scoring average and again in 1921 with an 8.7 per game average. He was the first captain of two major sports captaining the 1917 and 1917 football teams and also the basketball team for a season. Voss was a standout tackle and also a placekicker. The 1917 football team was 8-1-0. Throughout the 1920’s, Voss played both professional football and basketball.