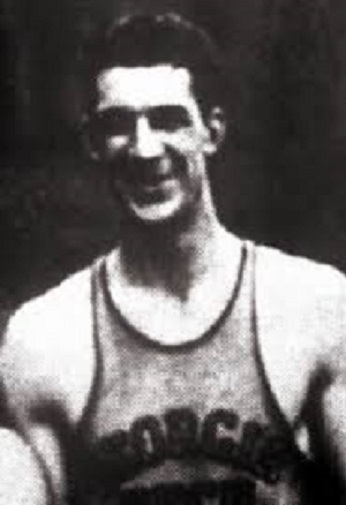 William “Tiny” Hearn was one of the first very tall players in professional basketball.  As late as the mid-thirties, when the average height of a professional basketball player was about six-feet tall, the 6’9″ Hearn towered over most players. Hearn was he slow and did not move well under the basket, but  his shear size was  a huge impediment to opposing teams.  With the center tap after every basket in force until very late in his career, Hearn could often control the flow of the game. In Hearn’s first season in the American Basketball league, he led Rochester to the American Basketball League 1929-30 finals. In the 1932-33 ABL finals, Hearn, playing for Trenton, was totally outplayed by Philadelphia’s Moe Goldman, who was six inches shorter, but much faster and far more agile.