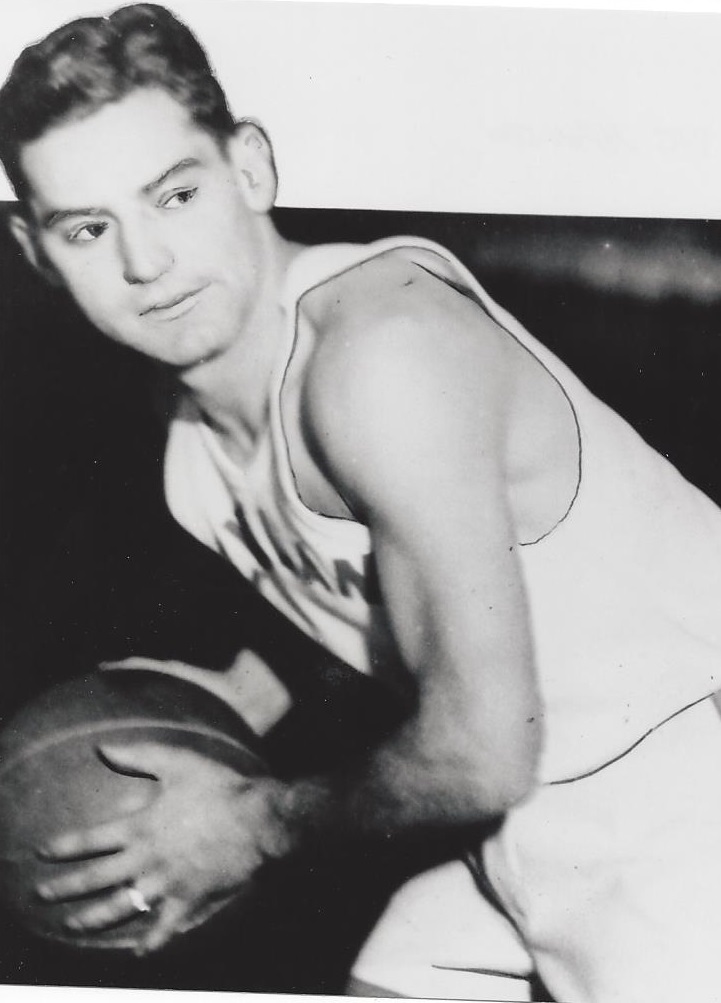 Vic Hanson  played football, basketball, and baseball at Syracuse University in the in the 1920s, serving as team captain in all three sports. He was named a Helms Foundation basketball All-American in 1925, 1926 and 1927. He was named the Helms Foundation College Player of the Year in 1927. In the fall of the same year, Hanson signed to play basketball in the American Basketball League with the Cleveland Rosenblums, one of the premier professional teams at the time. After a squabble about money with the Rosenblum’s manager, Nig Rose, Hanson abruptly quit the team at mid-season. Hanson  returned  to Syracuse where he signed to play with a local team, the All-Americans. With Hanson as the headliner, the All-Americans were a  popular attraction on the independent basketball circuit for three seasons.  Hanson served as the head football coach at his alma mater from 1930 to 1936, compiling a record of 33–21–5. Hanson is the only player inducted into both the Basketball Hall of Fame and the Football Hall of Fame.