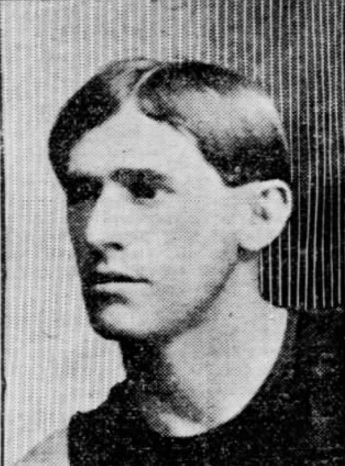 In the fall 0f 1894, Walter Barber, a seventeen year old high school student, signed to play for the Millville, New Jersey YMCA’s  first basketball team, a nine-man combination. The newly invented sport captured the imagination of the prosperous southern New Jersey community where it  remained  at a fever pitch for the next decade. Within a few years, Barber, a splendid all-around athlete, was widely heralded  as one of the best players in basketball. Barber ranked among the leading scorers in the National Basketball League  every season in the league’s five and half year existence. Barber worked for many years as a glassblower in Millville and later served as the town’s postmaster.