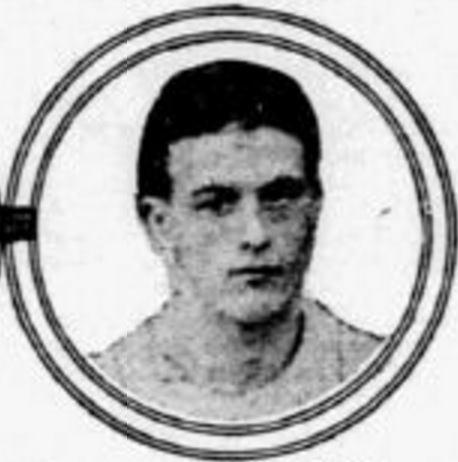 Walter “King” Brady was recognized as one of the best players in Philadelphia when he was only 17 years old. At age 18, he made an auspicious professional debut with De Neri’s Philadelphia Basketball League team.  Brady possessed a maturity and court presence that belied his age. He finished the season tied for third in field goals. The following season, Brady was one of the keys when De Neri won the PBL championship. In 1906, Brady was signed by Pittsburgh’s South Side team in the newly organized Central BasketballLeague. At age 20, with two outstanding seasons behind him, Brady seemed on the verge of becoming one of pro basketball’s biggest pro stars. It never happened. In the stiffer competition of the CBL, Brady never did emerge as the offensive force that he was in the first years of his career. He was quickly overshadowed by teammates such as Harry Hough and Chief Muller. Some of this was attributable to the injuries that hampered him during much of his career. While he never became a star, Brady proved to be a steady, valuable professional who became the heart and soul of the South Side team. He was the only player to remain on the team’s roster throughout its six year tenure in the CBL. While he was never the best player on the team, Brady was usually the most popular both with fans and teammates. He was admired as a tough but fair competitor and a hard-working, inspirational teammate. He was named captain of the South Side squad on three occasions. When the CBL disbanded in 1912, Brady returned to Philadelphia where he played in the Eastern Basketball League  for three more seasons. In 1915, Brady was diagnosed with tuberculosis which he battled for seven years before he passed away in 1922 at the age of 37.