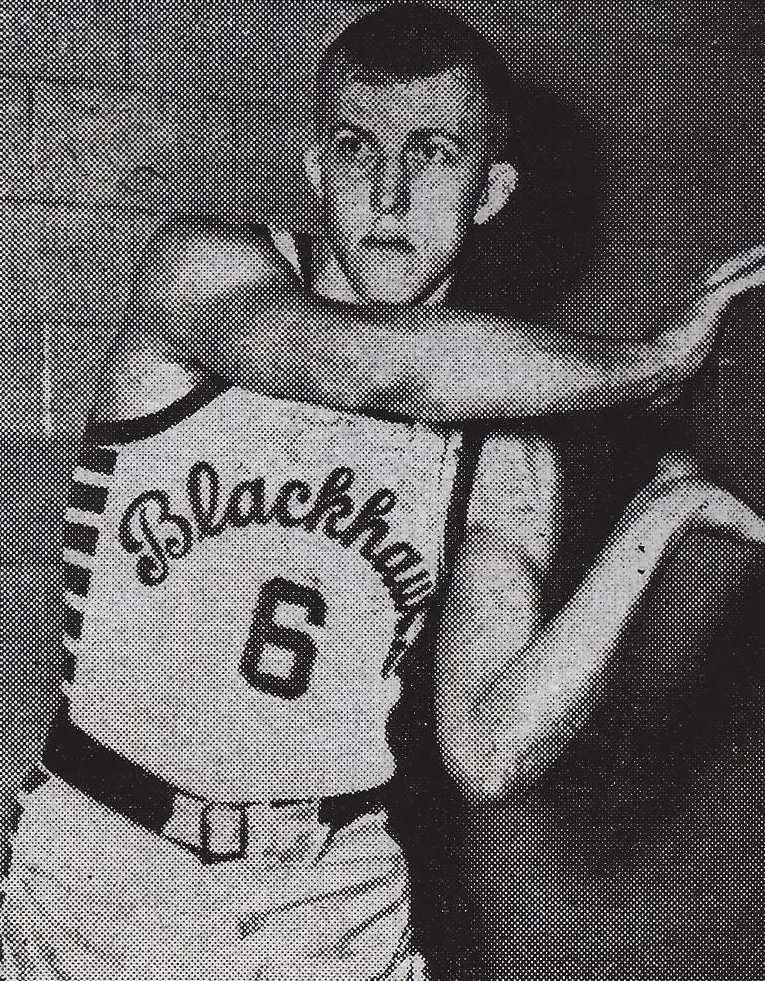 Stanley “Whitey” Von Nieda was a star athlete at Ephrata, Pennsylvania High School. Von Nieda played one year of varsity basketball  at Penn State University before entering the army where he served as paratrooper during World War II. After the war, Von Nieda returned to Penn State but did not participate in collegiate sports.  Instead, he signed to play for the Lancaster Red Roses where he averaged  23 points a game and led the professional Eastern Basketball League in scoring by a wide margin.  Von Nieda followed up with two seasons as a double-digit scorer for the Tri-City Blackhawks in the National Basketball League. Von Nieda was equally adapt as the primary backcourt ballhandler  or playing up front under the basket.  Despite his slender  6-foot-1 frame, Von Nieda was a very effective rebounder.  Midway through his third season with  Tri-City, Von Nieda was traded  to Baltimore by new Blackhawks’ coach, Red Auerbach.  Prior to  the 1951-52 season, Von Nieda left the NBA  and signed to play again for Lancaster in the Eastern Basketball League and to be head basketball coach at Elizabethtown College at the same time. In an era of very modest NBA salaries, the duel positions  near his hometown in Pennsylvania made more sense financially than continuing to play in the NBA.