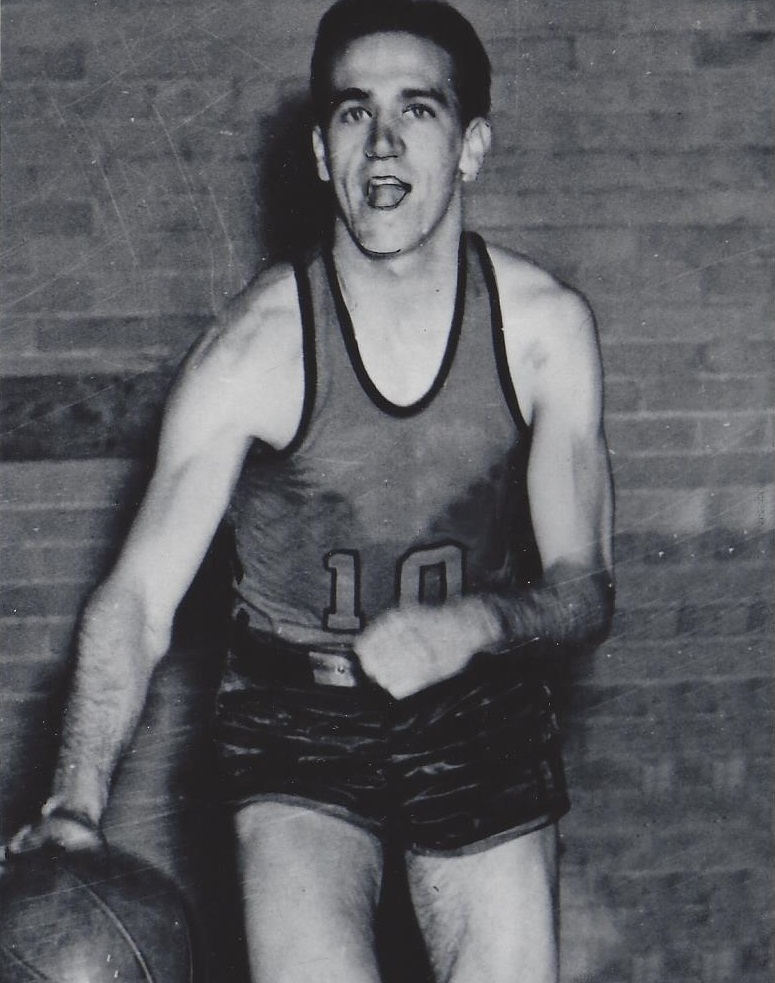 Wilbert “Wibs” Kautz was a three-year starter for Loyola University in Chicago. In his senior year, 1939, he led Loyola  to a 21-1 record with the only loss coming to Long Island University in the National Invitational Tournament. Kautz was named to the All-American team in 1938 and 1939. During his first three years in the National Basketball League, Kautz scored more points than any guard in the league. After military service in World War II, Kautz played for the Chicago entry in the new Basketball Association of America.