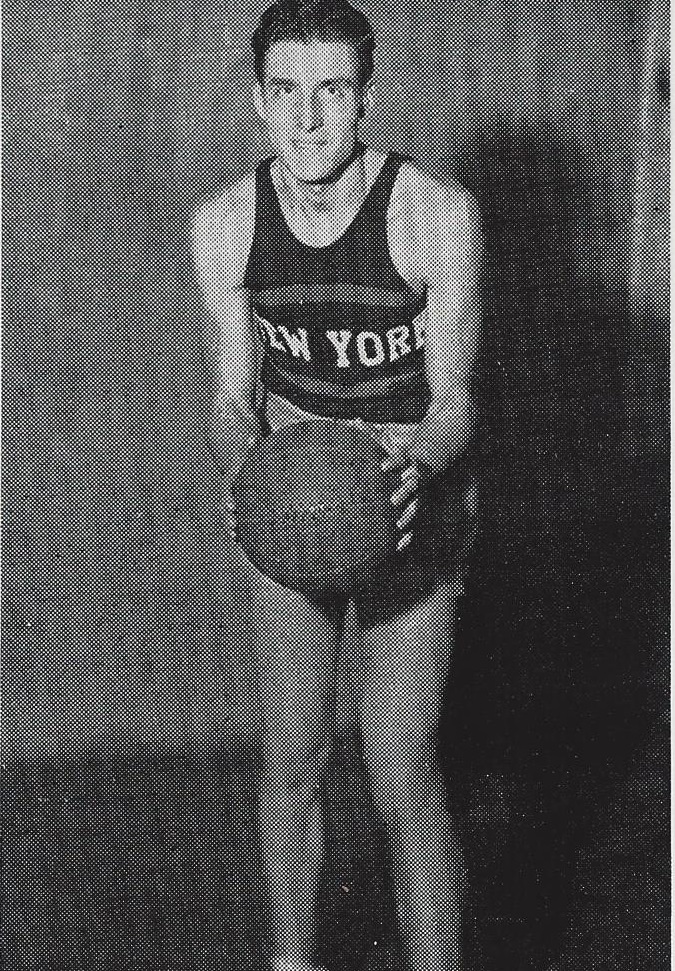 Willie Rubenstein was a basketball star at Theodore Roosevelt High School in the Bronx. Rubenstein played freshmen basketball at City College of New York, but  left school at the end of the year. After sitting out one year, Rubenstein  returned to CCNY  where he quickly established himself as the best player on one of the best teams in the country.  CCNY posted a 50-5 record during Rubenstein’s three varsity seasons. Rubenstein played pro basketball for a half dozen seasons, the majority of the time with the New York Jewels.